Tracks and signs are all around you, even in the city. Ideal examples are birds that normally leave feces on windows, raptors that swift off the chicken from our backyards which was quite typical for us who grew up in a rural setup or forested area you definitely know not to leave your windows open, the cheeky primates are always on the lookout for an opportunistic feed.

Next time you go for a walk (obviously am not talking about pavements or tarmac) try learning as much as you can from what others have left behind, you will be surprised how much you can learn from foot tracks;

However, it is on farms and in conservation and wilderness areas that you will discover the joys and uses of reading signs. There’s so much to read on the ground, all that took place at night is written down on the ground; a hunt, a fight, or even where the animal took a nap. Man-made gravel and sand roads are the best for reading signs especially for an area with less traffic, on one of my previous articles https://iamjusticeforwildlife.org/2018/12/09/common-carnivore-tracks-and-sctats-identification/ I gave detailed clues on how to read and identify various common carnivore tracks due to public demand I will take you through how to read and identify Rhino tracks and signs next time you’re on a game drive or doing a bushwalk in a rhino sanctuary be on the lookout for this interesting signs and clues. 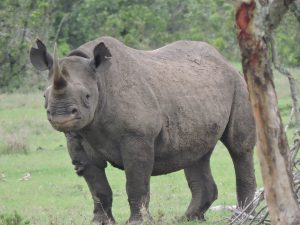 -This is one rare rhinoceros to come across, an endangered species to be precise with only 15 metapopulations in Kenya. 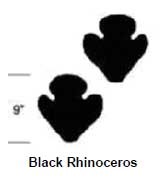 -Tracks are similar to those of white rhino but are shorter

-Indentation of the posterior edge is not  usually well pronounced 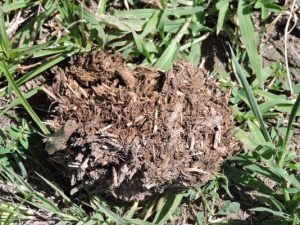 The black rhino is a browser, and its dung consists of coarse, woody plant material mixed with finer material. 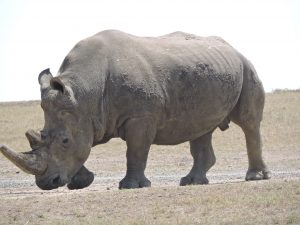 – From their sheer size, the tracks are also larger than those of the black rhino

– The front foot track is wider and a bit more rounded than the hind track and maybe a little longer. 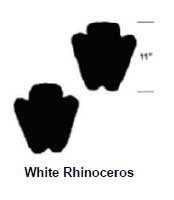 -Front foot track is wider and more rounded than the hind track. 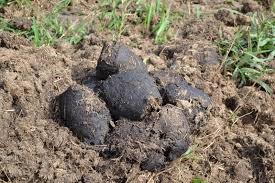 -The white rhino is a grazer, and so the content of its dung is fairly uniform in appearance with relatively fine plant fibres.