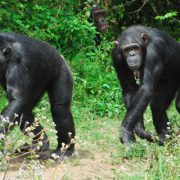 The Sweetwaters Chimpanzees Sanctuary at Ol Pejeta Conservancy offers a second chance to Chimps rescued from the internationally banned pet trade. Chimps are not native to Kenya but when a rescue centre in Burundi closed due to civil war in 1993 Ol Pejeta opened its doors currently it is home to 39 Chimps.
They get to learn what it’s like to have friends and communicate with others of their kind, to clamber, unfettered, all the way up the tallest tree. They learn how to make a perfect nest of hay to sleep on, and how to get honey out of a hollow, using a stick. Begin to understand the hierarchy of his troop, its place in it and perhaps watch it change. 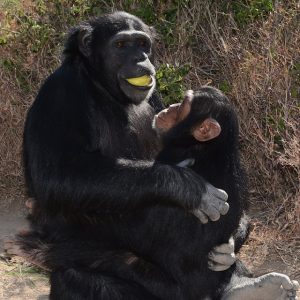 Nobody knows exactly how many chimpanzees are left in the wild. Counting chimpanzees is often very difficult and sometimes dangerous, Chimpanzees are shy and live in dense rainforest. In addition, many of their home countries are affected by civil war and extreme poverty, Wild chimpanzees are only found in Africa, with just 5 countries that still have significant populations: Gabon, Central African Republic, Republic of Congo, The Democratic Republic of the Congo and Cameroon.

The worldwide illegal trade in captive chimpanzees (and other African ape species such as gorillas) that has arisen as a result of the bushmeat crisis of central and western Africa now threatens to completely overwhelm sanctuaries such as Sweetwaters and others like it across Africa.

Often whole chimpanzee and gorilla families are butchered, leaving behind infants that are captured alive for later export to zoos and medical institutions.  Heavily traumatized, these infants are occasionally intercepted in transit by government authorities. Sanctuaries such as Sweetwaters are called upon to provide refuge.

Though living in the same environment, and housed in the same area, the chimps portray a wide and diverse character trait from each other “fact is we have a 98.6% gene similarity” these cousins of ours.

The following are 7 of the outstanding traits of different chimps; 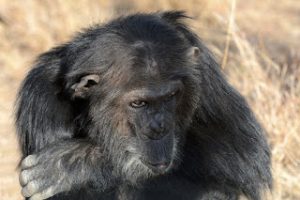 Max spent his first years with a French film crew from whom he was confiscated in 1990.  When he first arrived at the Sweetwaters Chimpanzee Sanctuary his physical condition was poor and he was very nervous and aggressive.  His insecurities led him to form a close and special relationship with the night watchman- to this day he gravitates toward men in uniform

The all-time children’s favourite chimps, if you’re ever close to the platform and hear kids burst it laughter Max must be on stage pulling one of his many stunts to attract everyone’s attention keeps everyone on the edge.

Max is one heck of a troublemaker throwing stuff to visitors anything that he can get his grip on i.e. sticks and stones this fashion police is no fan of bright colours.

Looking at this male, makes you wonder whether chimpanzees can develop psychological dwarfism which I tend to believe is a phenomenon that may occur in human children on response to maternal deprivation. Showing marked retardation on growth and body development, of which no physical cause can be detected 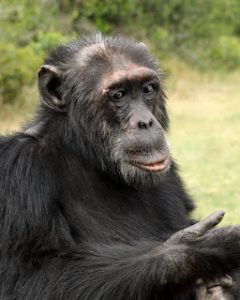 Meet everyone’s favorite chimp “the tallest boy in the building” rescued from a horrific 9 year trauma of being caged in an upright position in front of a petrol station in Burundi to “attract customers” these inhumane treatment makes him fond of standing and walking on his two feet that makes him stand out from the rest of the crowd through his bipedal swagger.

Poco likes to blow kisses to his fans who cheer him as he entertains them at the platform with his partner in crime Max, their fame exceeds their reputation the two are hardly missed at the platform they would rather go for lunch late than leave the platform unattended

Pocos prowess in entertaining people shows hope of the chimps. A second chance in life where they can enjoy life and live a natural life with the wonderful environment. 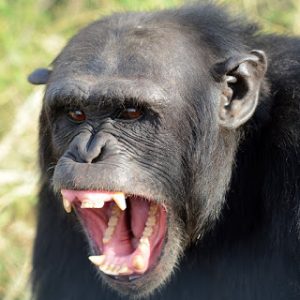 By the sheer size of his body and his tough demeanour he is the dominant male in one of the families, this is one guy with zero chills top on the pecking order he is the big boss and you don’t want to shove shoulders with.

He’s the top Alfa male of the old chimps groups always coming up with ingenious ways to try and shortcircuit the perimeter fence. 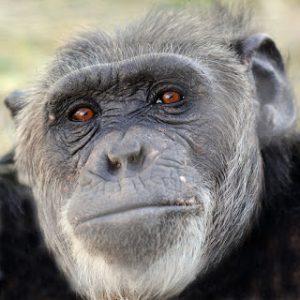 If you thought there are no slay queens in the animal kingdom then here’s your proof and on top of that, one of the most interesting lady in the crowd, she is very good at gestures, and use of sign language for example when you call her, she is very responsive and must definitely take the opportunity to show off with her natural charms.

She makes loud kissing noises, a habit she had apparently picked up in the bar of the Hotel du Lac (lakeside hotel) where she had been kept before I.N.E.C.N had confiscated her.

When you think you’ve seen it all were just getting started, clapping to attract attention and if you give her a cold shoulder wait for it!! She gets naughty and spits at people from time to time.

Alley is one handy expert when it comes to innovation and using tools making her one of the most brilliant Chimp in the sanctuary if you were moved by Michael Scofield’s prison break stunts this is one natural Hollywood star yet to be identified. 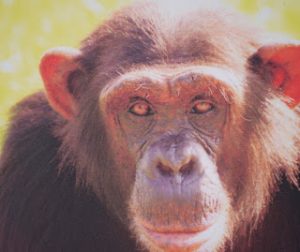 Well well well!! Meet the “diva” of the house she can be a handful when she is on her many mood swings she will give you some million-dollar attitude and sometimes doesn’t even have the time to look at the visitors.

To top it all up she is the dominant female (in one of the groups) responsible for keeping it in check so no monkey business when she is around, very close friend to Saidia whom they came together from Sudan a natural matriarch she took her in as a sister a protects her whenever a fight breaks.

For no apparent reason, she is always on a scuffle with Max. 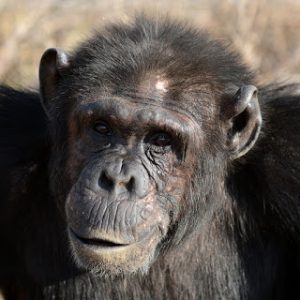 Sadly she is paralyzed, got polio when she was young.

Her beauty and humbleness cannot pass your eye, throwing her charm to the keepers and visitors. The ideal example of a mother and a responsible family member watching her makes you realize just how much we humans have to learn from our distance cousins when it comes to maternal care and love.

Judy is one handy lady when it comes to innovation and using tools, a keen onlooker and an intelligent lady. 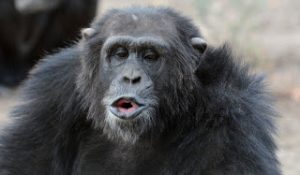 The dominant and alpha male in one side of the family, a fully grown male and a force to reckon with, Williams charisma is easily noticed he is an excellent leader a perfect example of a father figure he pays keen attention to very tiny things and likes everything in place.

Well, am sure their recovery story must have inspired you!! make plans to visit the sanctuary over the bear in mind there are way more interesting stories from the guides who are also their keepers thus have a very close interaction with the other chimps, and way more interesting personalities to share about the rest of them. The sanctuary is open every day for visitors to the Conservancy.

Feel free to leave your comments once you meet the chimps