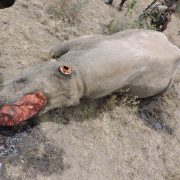 China has lifted a quarter-century ban in the trade in Rhino horn apparently for scientific and “medicinal” use of the rhinoceros horn. China state council must be celebrating at the moment while I wonder  if the world declares that their treasured Panda also has medicinal value same as the tigers parts they have allowed to be traded on probably they would feel the pain that conservationists in Africa (other than the South Africans who farm white rhinos to crop off their horns) are feeling.

The rhino horn is primarily made up of keratin, the same substance that makes up our hair and fingernails but has been associated with westerners myths, that white rhino is used mainly by the Chinese as an aphrodisiac and to treat flu and convulsions. 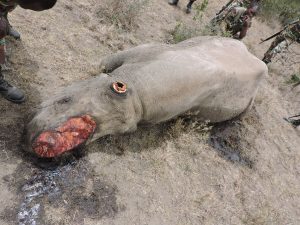 In 2016 China banned the sale of Ivory thus reducing the ivory trade only to lift the ban of 1993 in Rhino horn that is said to allow tiger and rhino parts to be used for medicinal and scientific research and cultural exchanges underscoring that the trade will be “Strictly controlled” and the products must come from animals in captivity which will definitely further threaten the survival of especially black rhinos which are critically endangered especially here in Kenya, and just to drive the point home there’s no physical difference to tell apart between a rhino horn bred in the wild and that from captivity.

Opening the trade and creating the demand for the ready market will definitely place pressure on supply, risking sourcing moving beyond farmed white rhinos in South Africa to the remaining endangered population especially on black rhinos here in Kenya.

It’s about time that we local Africans the custodians of our unique wildlife heritage take a genuine stand in conserving our rhninos for posperity because we are the same culprits who will shoot down these magnificent iconic species to earn a few coin, its also about time that consumers of endangered species products understand that the decisions they make buying of this wildlife products to impress someone affects the lives of ordinary people thousands of miles away in countries they may never visit.