You are here: Home1 / #wetlands 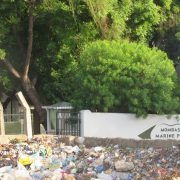 Beach tourism both domestic and international has really picked especially during the festive holidays all through to the new year, there’s one major setback, The Beach Plastic Pollution Crisis. About eight million tonnes of plastic are dumped into the ocean yearly, according to the UN Environment Department

The plastics endanger fish and birds and other creatures, who mistake it for food or become entangled in it, Marine pollution is increasingly becoming a problem along the Kenyan coast. Heavy metals and organochlorine pollutants have the potential to damage the delicate marine ecosystem with the result that the country’s important foreign exchange earner – tourism – could seriously be affected. 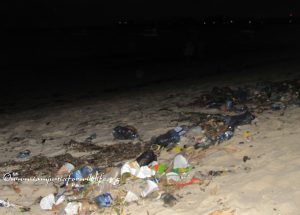 Plastic waste has also entered the human food chain with health consequences that are not yet fully understood, I have been taking evening beach walks and the state of things is disturbing, despite the ban in plastic bags, the crisis of plastic bottles needs to be looked into and drastic measures implemented.

Ban the pep bottles and plastic related packaging, collect and recycle what already everywhere in heaps and pits, and impose a rather unreasonable penalty for producing, handling or being in possession of plastic.

The coastal zone resources are however under increasing pressure due to a rapidly growing population. Population growth has resulted in increased demand for goods and services, rapid urbanization, industrialisation and associated problems of solid waste and effluent discharge in urban centres. Expansion of agricultural activities in the rural areas has continued to open-up indigenous forest cover and riparian zones of rivers such as Tana and Sabaki river basins resulting in increased soil erosion through runoff. This pressure on the resources calls for a deliberate effort to alleviate adverse impact from pollution and ensure sustainable development.

Currently, the UN Environment has partnered with Safaricom and the National Environment Management Agency to establish an end-to-end plastic waste management programme. The partnership will see the creation of a working group that brings together stakeholders, mostly manufacturers, waste collectors and plastic waste recyclers, to formulate a comprehensive solution to hard plastic waste.

Despite all these efforts, it’s up to us ordinary citizens to step up to minimize plastic pollution, littering is not done by any government body but ourselves.

Partnerships with governments, private sector companies and the general public are key to eliminate plastic pollution

The promotion of mass tourism targeting the coastal area has exerted pressure on, not only the marine resources but also utilities, with the high demand for freshwater, estimated at between 300 and 500 litres per capita-day compared to a minimum requirement of 40 litres per capita-day. While estimated pollution loads due to beach tourist establishments are relatively low, there is always the risk of localized pollution hotspots which can be hazardous to tourists and is of public health concern.

Because throw-away plastic creates environmental pollution and takes fossil fuels to produce, cutting back on its use is important to curb climate change and improve the environment.

Plastic packaging, especially the ubiquitous plastic bag is a significant source of landfill waste and is regularly eaten by numerous marine and land animals, to fatal consequences. Synthetic plastic does not biodegrade. It just sits and accumulates in landfills or pollutes the environment. Plastics have become a municipal waste nightmare, prompting local governments all over the world to implement plastic bag, and increasingly polystyrene (styrofoam), bans.

While plastic has many valuable uses, we have become over-reliant on single-use or disposable plastic – with severe environmental consequences. Around the world, one million plastic drinking bottles are purchased every minute. Every year we use up to 5 trillion disposable plastic bags. In total, 50 per cent of the plastic we use is single use. Because of this, it will be wise for Kenyans to make bold steps and consider ways on how we can make changes in everyday lives to reduce the heavy burden of plastic pollution on natural places, forests, wildlife and in our own health. 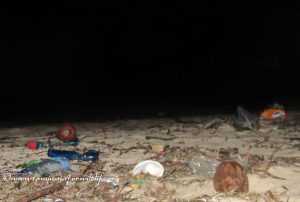 At high tide, the litter will be carried into the ocean

“Beat Plastic Pollution”, the theme for World Environment Day 2018, was a call to action for all of us to come together to combat one of the great environmental challenges of our time. A healthy environment is essential for a prosperous and peaceful future. We all have a role to play in protecting our environment-the only home, but it can be difficult to know what to do or where to start. That is why last year’s World Environment Day had just one request: beat plastic pollution. If you cannot reuse it, refuse it.

If you need some help with where to start, check out these easy ways you can reduce your plastic usage and keep our oceans clean and healthy.