Blog - Latest News
You are here: Home1 / Conservation Heroes2 / RESCUING OWLS IN A SOCIETY THAT VIEWS THEM AS A BAD OMEN 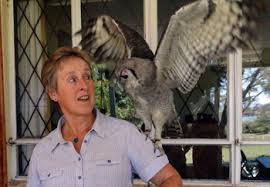 Saving owls in a country that believe them to be harbingers of death seems impossible. But the Naivasha Owl Centre, founded in 2014, not only rescues and rehabilitates owls but Kenya’s biggest and most bellicose birds of prey the late Sarah Higgins, Simon Thomsett, and Shiv Kapila, against all odds, set up the Centre and have successfully handled over 190 birds.

Throughout history and across many cultures, people have regarded Owls with fascination and awe. Few other creatures have so many different and contradictory beliefs about them. Owls have been both feared and venerated, despised and admired, considered wise and foolish, and associated with witchcraft and medicine, the weather, birth, and death. Speculation about Owls began in earliest folklore, too long ago to date, but passed down by word of mouth over generations. 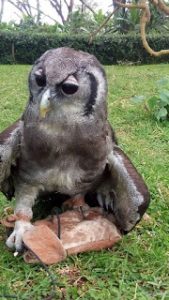 Come to get up close with an Owl

In my culture, it was believed that owls were harbingers of death. If one saw an owl or heard its hoot, someone was going to die. In general, owls are viewed as harbingers of bad luck, ill health, or death. The belief is widespread even today, across various cultures and communities in Africa the story is quite similar and it’s going to take a while to change.

But owl mythology is very important today, especially to conservationists, because of myths and beliefs about
owls play a major role in the killing of owls today, especially in regions where the owl is considered evil

WHAT IT TAKES TO RESCUE RAPTORS

This all started back in 1986 with a little Barn Owl called Full stop. Sarah used to talk fondly of the first encounter with a giggling smile, He was brought to Sarah Higgins house in Naivasha with a badly damaged wing. When the vet said he could mend the bones but the bird would never fly properly again. Sarah build an owlery. From then, people started bringing in injured, sick and orphaned owls. And from there branched into treating raptors like eagles, kites and vultures, and other large birds such as pelicans and stocks. 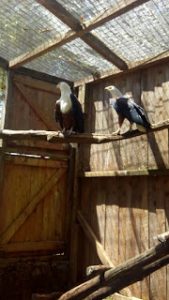 In 2014 Sarah, Simon Thomsett and Shiv kapila got together and formalized the Centre under a trust now known as the Kenya Birds of Prey trust.

The aim of the Trust is to rehabilitate all birds into the wild. The vet treats them, operates if necessary, and they stay there until they are fully recovered. There are a series of stages that birds pass through while they’re in their care, starting with treatment in the clinic and progressing to larger cages in which they can fly. They end up being trained in the rehabilitation area using falconry techniques.

It’s no easy job especially when it comes to releasing them due diligence has to be done, otherwise, it can be considered abandonment and neglect. These birds need to hunt and defend their territory to survive. The Trust’s falconers work with them, training them to hunt with the skill they’ll need to make a life for themselves. 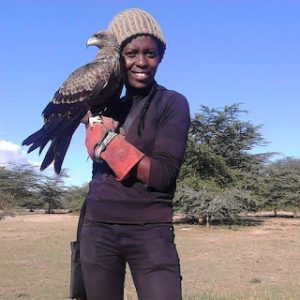 The Naivasha Owl Centre currently hosts 23 owls, 18 raptors (including three Crown Eagles), a vulture and two Marabou and Several of these will have to remain at the Centre but the majority will eventually be released once they have been brought back to total fitness. In many cases, falconry techniques are used to get them fit, as an unfit bird won’t be able to catch its food and will thus starve to death. 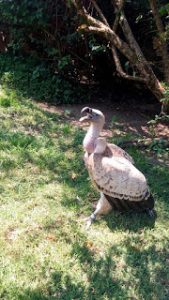 The late Sarah Higgins lived on the shores of Lake Naivasha in Kenya’s Rift Valley, where she run a rescue Centre for owls and raptors, The Naivasha Owl Centre is one of the two arms of The Kenya Bird of Prey Trust. The Centre’s clinic is currently in need of medical equipment and the Centre would also like to build improved accommodation for the birds.

Please support her legacy, if you would like to donate, please do so through the Kenya Bird of Prey Trust, PO Box 358, Naivasha 20117 or you can email naivashaowls@gmail.com or visit

I have been a regular visitor to the trust over the years and the amount of work the dedicated team carries out on a daily basis is phenomenal and outstanding, its actually open for the public feel free to walk in given that its conveniently located along the Moi south lake road next to the Lake Naivasha country club, a stone throw away from Karagita center, You can actually get a rare opportunity to hold an Owl see the beauty of the magnificent birds, it goes a long way into changing people’s perceptions of the species and actually their doors are always open for school groups they get to have a lecture on owls by the experienced falconers 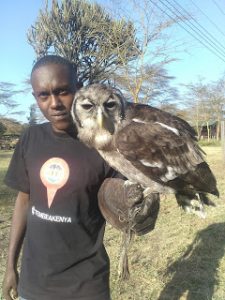 Owl challenge, visit the rescue center tell us about your experience and don’t forget to send us a photo posing with an owl