Blog - Latest News
You are here: Home1 / Culture2 / Sacred Mijikenda Kaya Forests – A Culture like no other

The Mijikenda Kaya Forests consist of 11 separate forest sites spread over some 200 km along the coast containing the remains of numerous fortified villages, known as kayas, of the Mijikenda people. The kayas, created as of the 16th century but abandoned by the 1940s, are now regarded as the abodes of ancestors and are revered as sacred sites and, as such, are maintained as by councils of elders. The site is inscribed as bearing unique testimony to a cultural tradition and for its direct link to a living tradition. 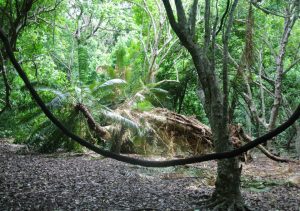 A glimpse into one of the forests

There are today over 60 Kayas in Coastal Kenya, but since the 18th century, local communities have moved out of them to live in surrounding villages, continuing to use the sacred forest as their primary place of worship. Kaya Kinondo remains of great historical and cultural importance.

Kaya Kinondo is one of few makaya (sacred forests along the Kenyan coast) that visitors are allowed to enter. This 30-hectare forest located in Diani beach, just south of Mombasa, the seniormost forest for the Digo community. The forest is maintained by the Kaya Kinondo Ecotourism Project. 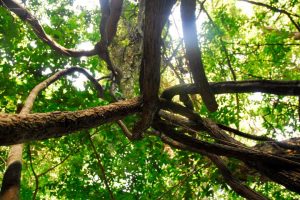 Visitors to Kaya Kinondo enjoy a guided walk into the forest during which the community shares information on the Kaya and other aspects of the local culture. They also get the opportunity to visit Kinondo village and interact with members of the local community, including the medicine man. Other activities that are available here include performances, sale of handicrafts and visits to the local school. 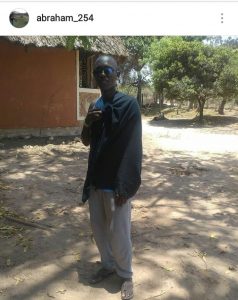 Today, there are 11 Kayas that are listed as UNESCO National Heritage Sites. Kaya Kinondo is not one of them since it is partially grabbed, but it is thanks to the ecotourism project at Kaya Kinondo that the others gained in exposure, attracting worldwide attention.

The project is also a great conservation initiative. There is minimal destruction since, according to their beliefs, spirits would attack anyone destroying nature. Insects are not disturbed. Even fetching firewood is not allowed according to local traditions. If a branch of a tree or the tree itself falls, it is simply left to rot, remaining part of the ecosystem. Needless to add, hunting is not allowed.

Kaya Kinondo Ecotourism Project carries out a wide range of environmental conservation efforts to preserve the forest. These include afforestation and raising awareness on the Kaya’s importance.

The community uses a set of rules both to safeguard the Kaya’s sanctity and to protect their culture. For instance, entry into the Kaya is allowed only on certain days, according to a traditional calendar. Visitors are not supposed to litter, smoke or take anything away from the Kaya. Moreover, there are still some sections of the Kaya that one is not allowed to venture into.

Kaya Kinondo is reported to harbour 52 bird species and 192 plant species. The current pristine status of many Kayas demonstrates the important role that social taboos have played in biodiversity conservation over time; these forests have remained intact due to taboos that prohibited tree felling, livestock grazing and extraction of forest product. 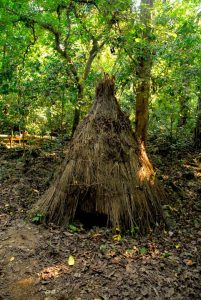 The Digo people show us a beautiful example of environmental conservation and cultural preservation managed at the grassroots level.

The next time you’re enjoying the sandy beaches at the coast take some time off to visit one of the Kaya forests, a culture that has survived modern day civilization without being changed or eroded.