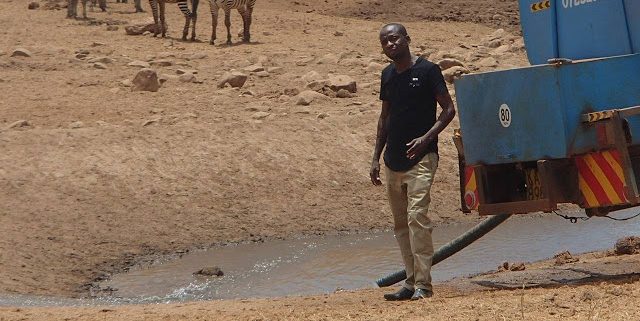 In 2009 the Tsavo ecosystem was hit by a long prolonged drought period that its parks lost a large number of its wildlife populations, Patrick Mwalua Kilonzo watched as the animals died same as everyone else and in 2016 when the drought hit again this time he felt he had to do something. 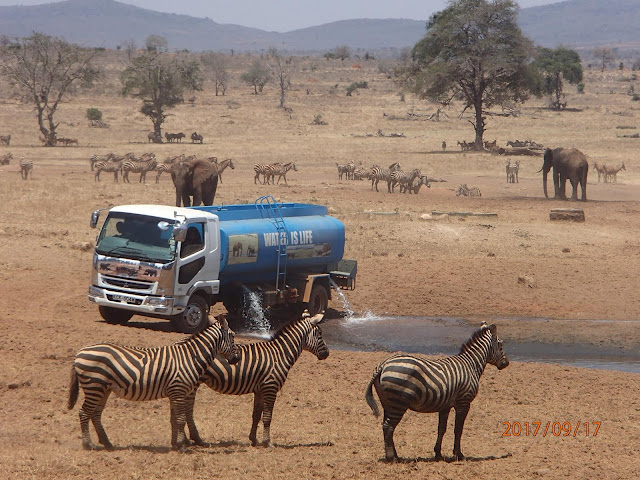 I got to hear him tell his story of how he ended up providing water for wildlife during the recent African conference for animal welfare2018 and was not only moved but also challenged because Patrick is an ordinary Kenyan not backed by any of the “Big-hearted” and “Non Profit” NGOs which actually turned his proposal off, he actually couldn’t stomach watching as the animals died gathered the few shillings he had and requested the KWS park officials to allow him provide water for the animals at the dry water holes and when the Park warden gave him the green light Patrick dashed to Voi town hired a truck and bowser filled it with water and what he felt as he watched the Elephants and other wild animals rush to him as he brought the water to them is what has motivated him over the years. 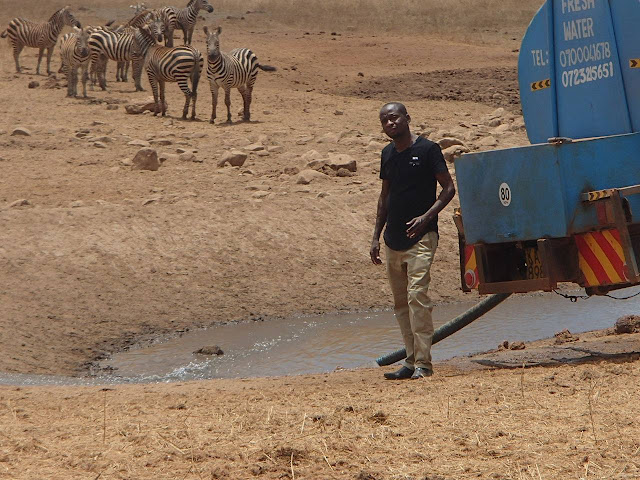 Moved by his sheer passion for wildlife and conservation for the last two years, Patrick has taken a personal initiative to help wildlife to have drinking water by ferrying 10,000 liters of water by truck to some of the dry bone water. The initiative has since supplied thousands of liters of water to a large number of animals thereby significantly reducing Human-wildlife conflicts where rogue animals stray out of the protected areas to community lands.

To make the initiative more sustainable, the project is now venturing into constructing water pans in the park and digging more waterholes which holds water for quite some time after the rains. This will be particularly critical in the long drought periods that are common in the park areas.

The project also seeks to involve the community in initiatives that will reduce the harsh environmental conditions prevalent in the Tsavo ecosystem and especially anthropogenic activities such as deforestation.

Patrick has done short courses in animal health care and community development, and from 2008 has been actively involved in wildlife conservation initiative programs around Tsavo area and Lumo Sanctuary. With the help of local and international volunteers and supporters who were inspired by his noble initiative, he has reached schools within Tsavo Ecosystem to engage children on sustainable eco-friendly practices such as tree planting and educating them on wildlife conservation within their surroundings. 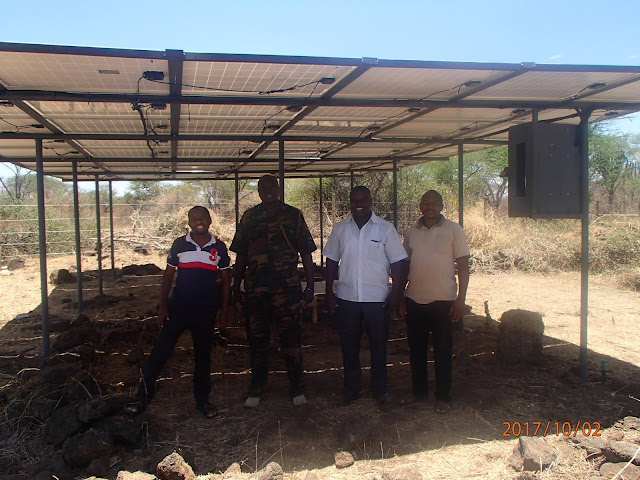 What really inspires me about his cause is how much ordinary citizens can take lead in conservation Mother Teresa once said ” I alone cannot change the world, but can cast a stone across the waters to create many ripples” well its know up to you and me to come up with our own ingenious little ways of giving back to mother nature. As Patrick has proved it doesn’t cost much the zeal and willingness to sacrifice either time or funds to make the world a better place in our capacity in our little possible way.

Sacred Mijikenda Kaya Forests – A Culture like no other